There are more than 290 active profiles in San Diego, CA on YADSE and counting! 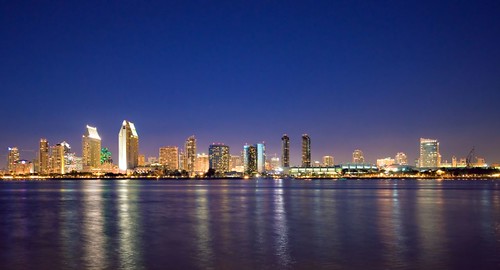 San Diego is one of the fastest growing cities, the second largest in the state of California and the eighth in the USA. In the ranking of the richest cities, prepared by Forbes, it was placed at the fifth position. It is the economic center of the region and its main economic engines are: tourism, international trade, military-related activities, and biotechnology.

Breathtaking, remarkable location on the waterfront, beautiful beaches, nice climate and friendly people make San Diego a perfect place for daters and dating. Below you will find some appealing ideas for dating in San Diego, not only for the first perfect date, but also for every each subsequent. 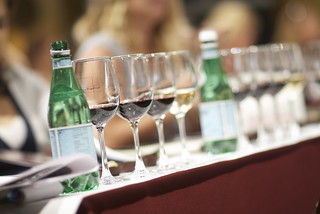 Cultural and ethnic mix has left its mark on the cuisine of San Diego. The city boasts an array of restaurants serving cuisine from around the world. The closeness of Mexico has caused setting up many restaurants serving authentic Mexican dishes. It is full of restaurants, both of these exquisite, offering sophisticated dishes and the casual, but still very tasty ones. There are plenty great restaurants serving Italian, French, Spanish, Vietnamese, Greek, Latin, Central and East Asian, Middle Eastern to name just a few. We believe that it is worth to visit La Puerta, Buon Appetito, Tajima Ramen House, or Phil's BBQ. The sea as well as warm and dry climate assure seafood will not be disappointed. While in the area you must visit Oscar's Mexican Seafood, Trulucks Seafood Steak and Crab House, or C Level.

If you are not interested in any of mentioned above restaurants and you cannot imagine a successful date without a romantic dinner, you must visit Old Town, La Jolla, the Gaslamp Quarter, Little Italy, or Hillcrest where plenty of other excellent restaurants are located.

It's Time to Party

If you wish to party after a romantic afternoon at the beach you won't be disappointed by what the city offers to party-lovers. San Diego is very lively at night. The city's nightlife revolves around Downtown's lively Gaslamp Quarter, filled with the hottest lounges and clubs where some of the best DJs perform (Side Bar, ALTITUDE Sky Lounge), moody jazz clubs (Croce's Restaurant & Jazz Bar, The Onyx Room) and great rock clubs (The Shout House, Stage Bar and Grill). Many of them offer live music or stage shows.

There's a reason that San Diego is often defined as "America's craft beer capital". The city is home to more than 70 brewpubs or microbreweries. As many as three of the local breweries are in the top ten of the best breweries in the world. These are the Stone Brewing Co., AleSmith Brewing Company, and Port Brewing Company. Local craft beer festivals, such as San Diego Beer Week in November, will for sure interest all real beer fans. If you are one of them you should visit Hamilton's Tavern, Toronado, or The Field famous not only for great beer but also wonderful atmosphere.

San Diego can be called a city of museums. If you would like to spend your date on dealing with art, it is a place for you. In our opinion, you should visit the San Diego Museum of Art, Museum of Contemporary Art San Diego, The Timken Gallery, Mingei International Museum, or Museum of Photographic Arts.

Lovers of classical music will also find something for themselves. The San Diego Opera – one of the best opera houses in the country (according to Opera America) is located in the city as well as the San Diego Symphony, The San Diego Master Chorale, La Jolla Symphony and Chorus, and Orchestra Nova. Regularly held free concerts of classical music in the Spreckels Organ Pavilion, Balboa Park, famous for one of the biggest pipe organs set outdoors, are also worth mentioning.

Another idea for dating in San Diego is the night in a theater. The whole multitude of stages run in the city and many of plays performed here received prestigious awards (four of them rewarded with Tony Award, many transferred to the Broadway stage). The most popular of San Diego theaters are: The Old Globe, La Jolla Playhouse, The Joan B. Kroc Theatre at Kroc Center's Performing Arts Center, The San Diego Repertory Theatre at the Lyceum Theatres, and Lyric Opera San Diego. The city is also home to semi-professional theaters with Vanguard Theater, Lamb's Players Theater, or Diversionary Theatre, to name just a few.

San Diego hosts one of the largest international festival of comics – Comic Con, during which the Eisner Award is granted. 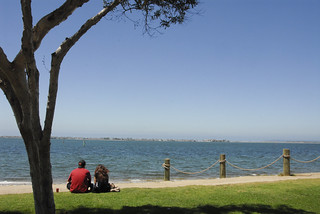 Picturesque beaches encourage you to the romantic walk in a seafront. In addition, if you can't imagine even a day without sport activity, you will appreciate the fact that because of the good weather and high waves, San Diego is an ideal place for windsurfing with its most famous surf spots such as Swamis and Windansea beaches. All in all dating in San Diego is the perfect choice if you want to spend a day to remember.