Miami is the largest and also the most populous city of the ​​South Florida metropolitan area, which has 5.5 million residents. It is one of the largest centers of art, culture, entertainment and the world of finance, international trade and media. It is worth mentioning that Forbes, taking into account the streets, green spaces, clean air and drinking water, described the city as "the cleanest city of the United States". Miami is the second-largest U.S. city in which over 50% of inhabitants speak Spanish. What is more, the city population consists of the biggest number of Americans with Cuban origin. Dating in Miami is easy and cheery. Here are some excellent suggestions for a great date in Miami.

Because of the origin of inhabitants in Miami's cuisine you may find Caribbean and Latin influences. Their connection with American food type, has resulted in the new cuisine type known as Floribbean. A proximity of the ocean makes seafood popular and widely available ( 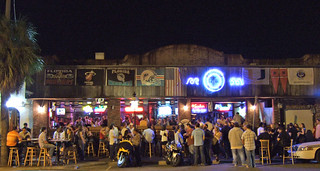 Techno and dance – those two kinds of music became especially popular in the city. Not surprisingly, Ultra Music Festival and Winter Music Conference (the largest dance event in the world) take place in Miami, which is that why considered a part of clubland (next to Ibiza and Ayia Napa). Therefore, the richness of clubs playing these genres of music should not be a surprise for anybody.

If you can't imagine a successful date without a visit to a night club, want to drink a mojito or just want to practice your pasitos, you should definitely go to Mango's Tropical Cafe which, for many, is number one for the Latin nightclub vibe. Worth visiting is also Bongo's Cuban Café famous not only for a great music and atmosphere but also original Cuban menu. If you like to dance salsa do not hesitate to visit the Salsa Mia. However, if you do not feel like dancing and you are just looking for a coffee shop or pub where you can sit with a coffee or a drink, I'm sure you will not be disappointed. Hundreds of types of martinis to choose from is waiting for you in the M-Bar, in which there is also opportunity to admire the breathtaking skyline of the city. Would you like a glass of beer? Go to the Playwright Irish Pub considered as one of the best places where you can have a bottle of perfect beer.

The city boasts a large number of attractive theaters, museums, parks and other entertainment venues that for sure will be point of interest for many daters. One of this season's and more important places is Adrienne Arsht Center for the Performing Arts – the second largest arts center in the country (just behind Lincoln Center in New York) and the seat of Florida Grand Opera. The facility also includes Ziff Ballet Opera House, Knight Concert Hall, the Carnival Studio Theater and the Peacock Rehearsal Studio. It is here where worldwide opera productions, ballets and concerts are being staged. Miami is also important place in the world of fashion with its fashion shows such as Miami Fashion Week and Mercedes-Benz Fashion Week Miami.

Or maybe a date in a museum? Most Miami’s museums are located within the Downtown district. While in the area consider visiting one or a few of the following spots: Bass Museum, Lowe Art Museum, Miami Art Museum, Miami Science Museum, Museum of Contemporary Art, and Vizcaya Museum and Gardens. Art lovers for sure will be interested in a fact that each year Miami hosts the largest art exhibition in the world, referred to as the "Olympics of Art", that is Art Basel Miami. 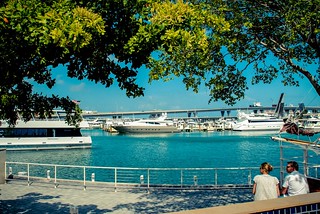 Miami is a city of parks and gardens which may be a great place for a successful date. In the city there are located over 80 of them. The largest and most popular are Bayfront Park, Bicentennial Park, Fairchild Tropical Botanic Garden, Tropical Park, and Virginia Key. Tropical weather prevailing here throughout the year makes you want to be physically active so daters who appreciate active forms of leisure will not be disappointed. Due to a large number of ports, bays and access to the Atlantic Ocean sailing is favoured. Coral reefs, for which Biscayne Bay is famous for, makes diving and snorkeling unforgettable. Other attractions worth mentioning are Jungle Island, Zoo Miami, and Coral Castle. Dating in Miami can be a lot of fun!